Rock singer, soccer goalkeeper and economics professor — those are the interests most dear to his heart, says Javier Milei. And it looks like he is about to add “politician” to his list.

To make that dream come true, Milei founded the La Libertad Avanza (freedom advances) party in July. In conjunction with other small libertarian parties, it has drawn up a list for the upcoming parliamentary elections on November 14.

In the primaries in September — a peculiarity of Argentina’s electoral system — La Libertad Avanza came in at 13%, enough to garner quite some attention.

Commonalities with Trump and Bolsonaro

Young people in particular voted for him. Many of them might have been attracted by his style. His past as the lead singer in a rock band is reflected in his campaign appearances; he often dons a leather jacket, sings a rock anthem and basks in the crowd’s acclaim. His thick, unruly hair has earned him the nickname “Peluca” (wig). 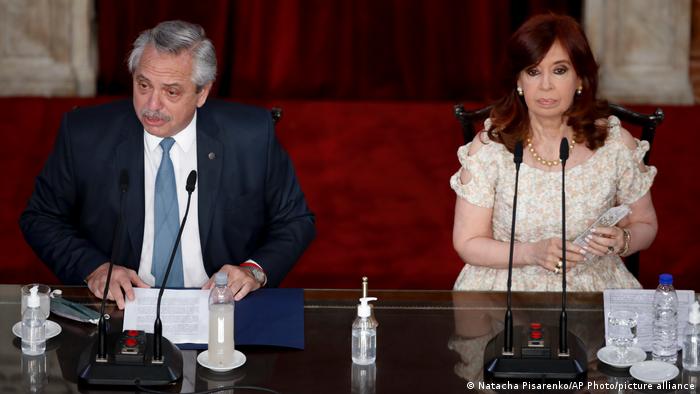 It is not just his unconventional style that often leads people to compare him to Donald Trump or Brazil’s President Jair Bolsonaro. “Our common line is the fight against communism, against socialism,” Milei argues.

With Trump, he also shares a past as TV star. However, unlike the former US president, Milei did not have his own reality show, but instead spent years explaining the economy to Argentines on news and talk shows — speaking mainly about how politicians were putting obstacles in the path of growth.

But Milei’s libertarianism goes beyond comedy. He considers collecting taxes worse than theft because, he says, the state is mainly a tool used to distribute plum posts among politicians.

He describes social benefits as antisocial as they drive people into dependence on the state and on politicians who promise them, in his view. That defeats individual initiative and creative entrepreneurship, he argues.

His reasoning follows the teachings of the Austrian School of economic thought, whose most important representatives include the economists Ludwig von Mises, Nobel laureate Friedrich von Hayek and Murray Rothbard, a US anarcho-capitalist. They all agree a minimal state is best for people. 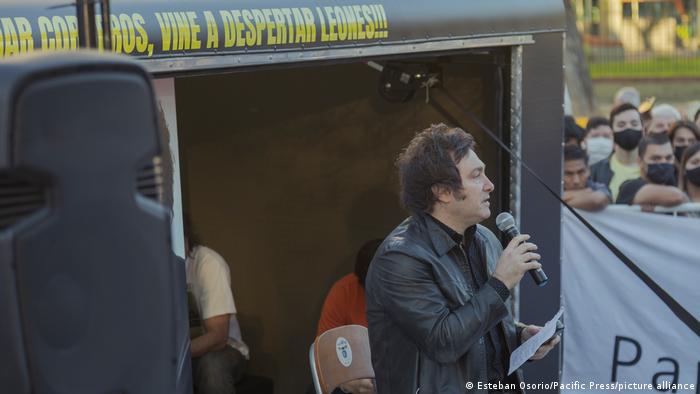 Javier Milei on the election trail: ‘I am not here to guard sheep but to wake lions’

Most Europeans shake their heads in incomprehension at libertarian theories. These ideas are much better known on the other side of the Atlantic, says Argentine-German economics professor Federico Foders, adding that “the Austrian School definitely has a tradition in Argentina.”

Foders says he can understand why Argentine voters like Milei. “It almost doesn’t matter which government was in power in Argentina: They mainly provided their clientele with posts, licenses and government contracts and raked in cash for it,” Foders says.

The result was unprecedented economic decline. Frustration about that runs deep among many Argentines.

That decline is evident to anyone who has ever been to the Argentine capital. Downtown Buenos Aires boasts wide boulevards and magnificent Art Nouveau and Classicist buildings that stem from an era when immigrants from Europe flocked to the country beginning in the 19th century. Some parts look like something from an architecture museum — an increasingly rundown one. 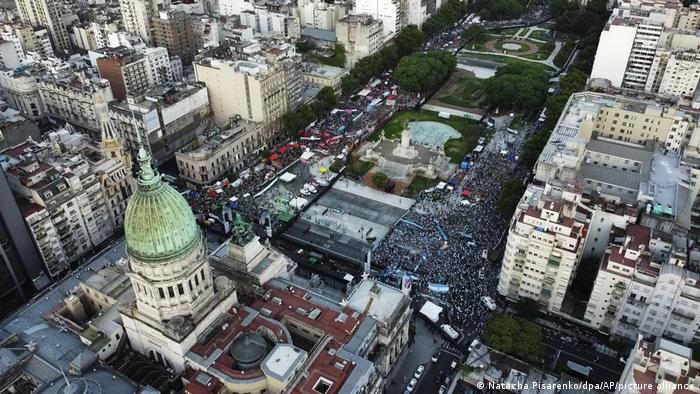 Decay is clearly apparent in many public buildings in Buenos Aires

One of the world’s richest countries

A century ago, Argentina was one of the richest countries in the world. Per capita income was many times higher than that of Germany, Britain or the United States.

Argentina dreamed of becoming a world power. While Europe and the US were fighting two coffer-draining world wars, Argentina was getting rich by supplying the world with grain, meat and other commodities.

But instead of investing in education and industrializing the country to create a viable economy for the mass of often destitute immigrants, the elites largely kept on dividing up what they had — for the most part, among themselves.

“Not much has changed in this regard,” says Foders, who was born in Argentina, adding that decades of misguided fiscal policies also led Argentina from one national bankruptcy to the next.

This triggered inflation that has averaged at 24% over the past 60 years — not counting the 15 years when the rate was at three or even four digits. “Government after government has proved incapable of permanently leading the country out of the crisis,” Foders says.

Now, neighboring Chile, Brazil and Uruguay, not to mention Mexico, have higher per capita incomes than Argentina.

It’s little wonder that Milei uses pithy slogans like “pure, hard libertarianism made Argentina the leading country in the world” to appeal to Argentines’ sense of pride.

Pure, hard libertarianism is exactly what Milei wants to reintroduce in Argentina. A move into the Chamber of Deputies would be a first step. In 2023, Javier Milei wants to become president. 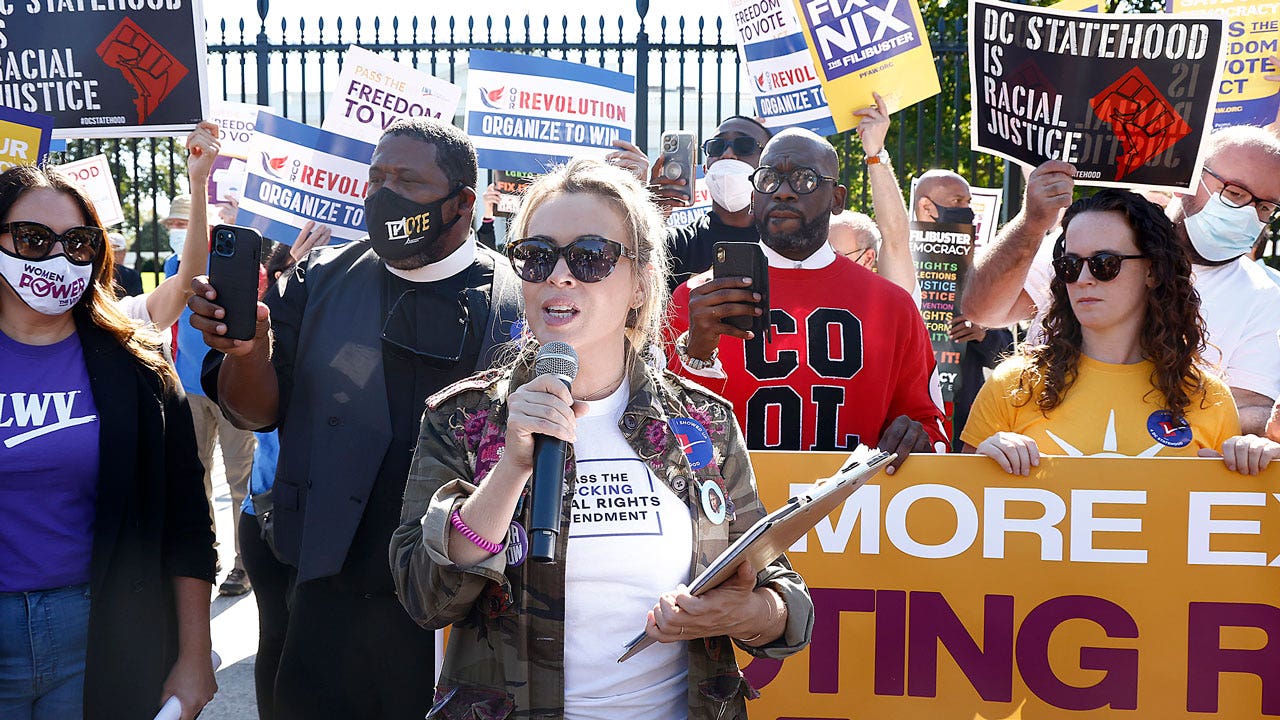