This is an excerpt from The Buzzer, which is CBC Sports’ daily email newsletter. Stay up to speed on what’s happening in sports by subscribing here.

The Winter Paralympics are getting closer

The 2022 Paralympic Winter Games in Beijing open on March 4, 2022 — exactly 100 days from now. Canada is expected to send about 50 athletes. They’ll try to build on the 28 medals the Canadian team won in 2018, which smashed the previous national record by nine.

Here’s an early peek at Canada’s outlook in each of the five sports on the Beijing program:

Para nordic skiing: Visually impaired cross-country skier Brian McKeever became Canada’s most decorated Winter Paralympian in 2018, winning four medals in Pyeongchang to run his career total to 17 (including 13 gold). The 42-year-old says Beijing will be his sixth and final Games. Para nordic skiing encompasses both cross-country and biathlon, and Mark Arendz won three medals in each in 2018. That total of six is a Canadian record for a single Winter Paralympics, and it earned Arendz the honour of carrying the flag at the closing ceremony. Listen to him talk about how he’s still trying to improve in the latest episode of CBC Sports’ Player’s Own Voice podcast.

Para alpine skiing: About two-thirds of Canada’s Winter Paralympic medals have come in this sport, and that historical trend held up in 2018. Alpine skiers accounted for 10 of Canada’s 28 medals in Pyeongchang, including four by Mollie Jepsen and two each by Alana Ramsay and Mac Marcoux. The visually impaired Marcoux is only 24 years old but already owns five Paralympic medals, highlighted by golds in giant slalom in 2014 and downhill in ’18.

Para snowboard: The Winter Paralympics’ newest sport was just added to the program in 2014. Canada is still looking for its first medal. There will be more opportunities in Beijing as the number of medal events has increased from just two in 2014 to eight. The three disciplines are snowboard cross, banked slalom and giant slalom.

Para ice hockey: Formerly known as sledge hockey, this highly entertaining version of the sport has belonged to the United States. The Americans are going for their fourth consecutive Paralympic gold in Beijing, and they’ve won five of the last seven world championships. But rival Canada can give them a fight. The world’s No. 2-ranked team won the world title in 2017 before losing the last two finals to the U.S., including one in overtime. Canada also dropped an OT thriller to the U.S. in the 2018 Paralympic gold-medal game. Thirty-eight-year-old Canadian star Billy Bridges owns a Paralympic medal of each colour (he helped Canada win its only gold in 2006) and four world titles. He’s also the only Canadian to record at least 100 goals and 100 assists in international play.

Wheelchair curling: Anyone who follows conventional curling will recognize this arc. Canada was a dominant force earlier in this century, winning the first three Paralympic gold medals after wheelchair curling was added to the Games for 2006 as a mixed-gender sport. But the rest of the world seems to be catching up. Canada settled for bronze in 2018, with China ascending to gold. The Chinese have also won two of the last three world titles. Canada hasn’t taken one of those since 2013 and has just one podium finish since then. Present for the ups and downs has been 57-year-old Canadian second Ina Forrest, who owns three Paralympic medals and is set to compete in her fourth Games.

Read more about the Canadian athletes to watch at the Beijing Paralympics in this story by CBC Sports’ Myles Dichter.

Brad Gushue stayed on top at the Canadian curling trials. The 2006 Olympic gold medallist improved to 5-0 — and remained on track to earn the bye to the men’s final — with a 9-4 win over Matt Dunstone (0-5) today in Saskatoon. Brad Jacobs (4-1) is a step behind after losing yesterday’s showdown with Gushue, followed by Kevin Koe and Mike McEwen (both 3-1). The top team after the nine-team round robin advances directly to the final, while the No. 2 and 3 teams square off for the right to face them for a trip to the Beijing Olympics. Tonight, Gushue plays Jason Gunnlaugson (1-3) while Koe meets McEwen. Jacobs is off. The lone women’s draw today began at 3 p.m. ET and features first-place Tracy Fleury (4-0) vs. Jacqueline Harrison (2-2). Reigning Scotties champ Kerri Einarson improved to 3-2 last night by surviving a 10-9 shootout with Jennifer Jones, who nearly overcame deficits of 6-0 and 8-3. Jones (4-1) is facing Kelsey Rocque (1-3) today while Einarson plays Krista McCarville (2-3). 2017 trials winner Rachel Homan (1-3) was in deep trouble heading into her game vs. Laura Walker (1-3). Check the live women’s scoreboard here. Follow CBC curling reporter Devin Heroux’s Twitter updates from Saskatoon here. Watch a new episode of That Curling Show with Devin and Colleen Jones tonight at 7 p.m. ET on the CBC Sports YouTube channel.

Canada unveiled its hockey jerseys for the 2022 Olympics and Paralympics. The three sweaters — one predominantly red, one black and one white — will be worn by the men’s and women’s Olympic teams and the Para hockey team in Beijing this winter. Here’s the white:

Read more about the jerseys and see all three of them here. See Canada’s Olympic and Paralympic curling uniforms, inspired by Indigenous art, here.

Connor McDavid’s streak was impressive. But he had a long way to go. After recording at least one point in each of his first 17 games this season (including 11 multi-point efforts), the reigning NHL MVP was finally held scoreless last night in Edmonton’s 4-1 loss to Dallas. Dating back to last season, McDavid had notched a point in 25 consecutive regular-season games. Officially, the NHL only counts streaks that occur within a single season. But even then, the record for longest point streak is 51 games by Wayne Gretzky (who else) in 1983-84. The active player with the longest point streak is Patrick Kane, who reached 26 games in 2015-16. Oh, and if you’ve ever wondered what McDavid’s house looks like, the answer is here. 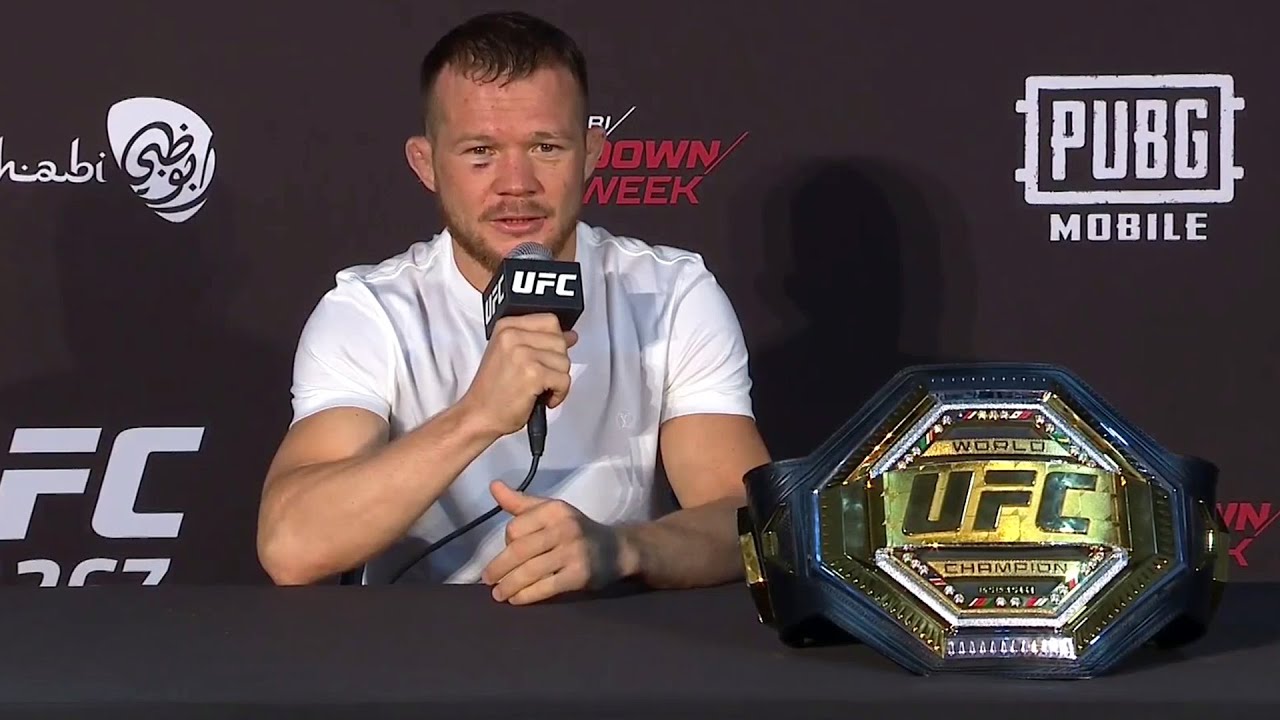 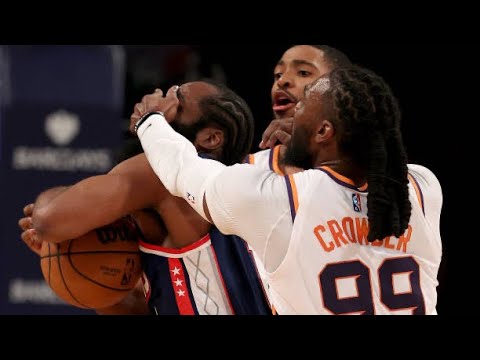 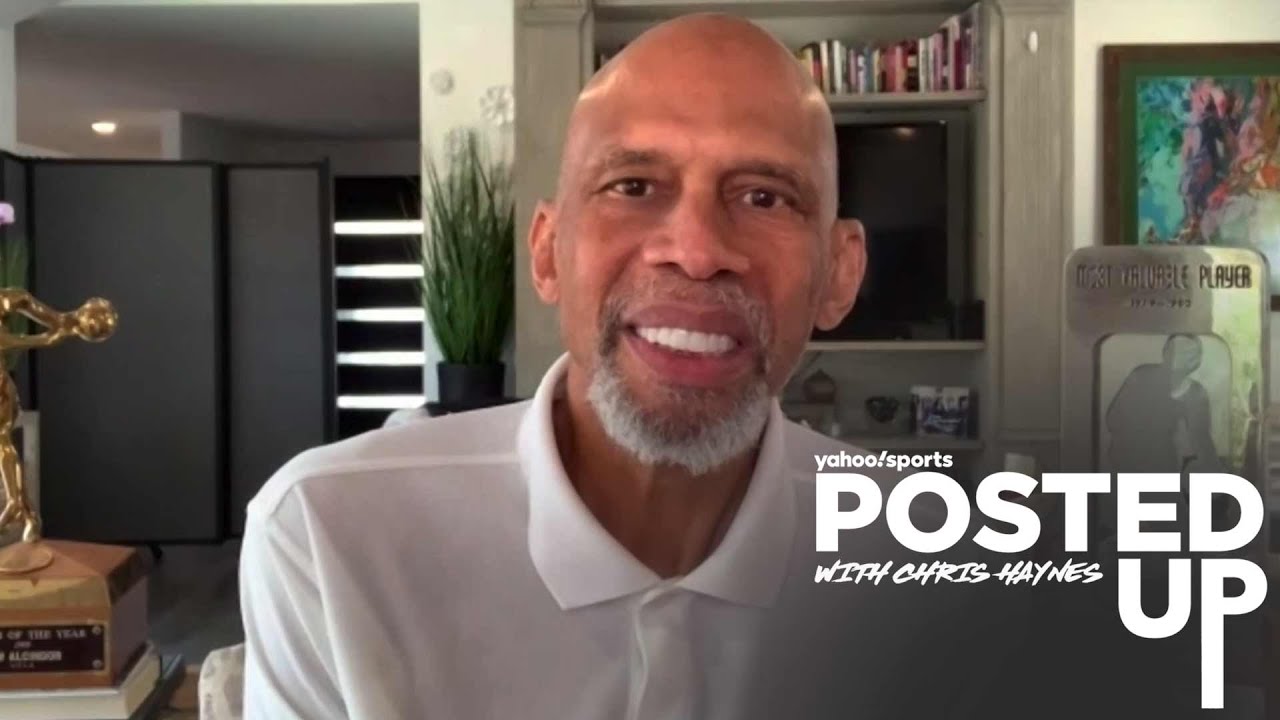 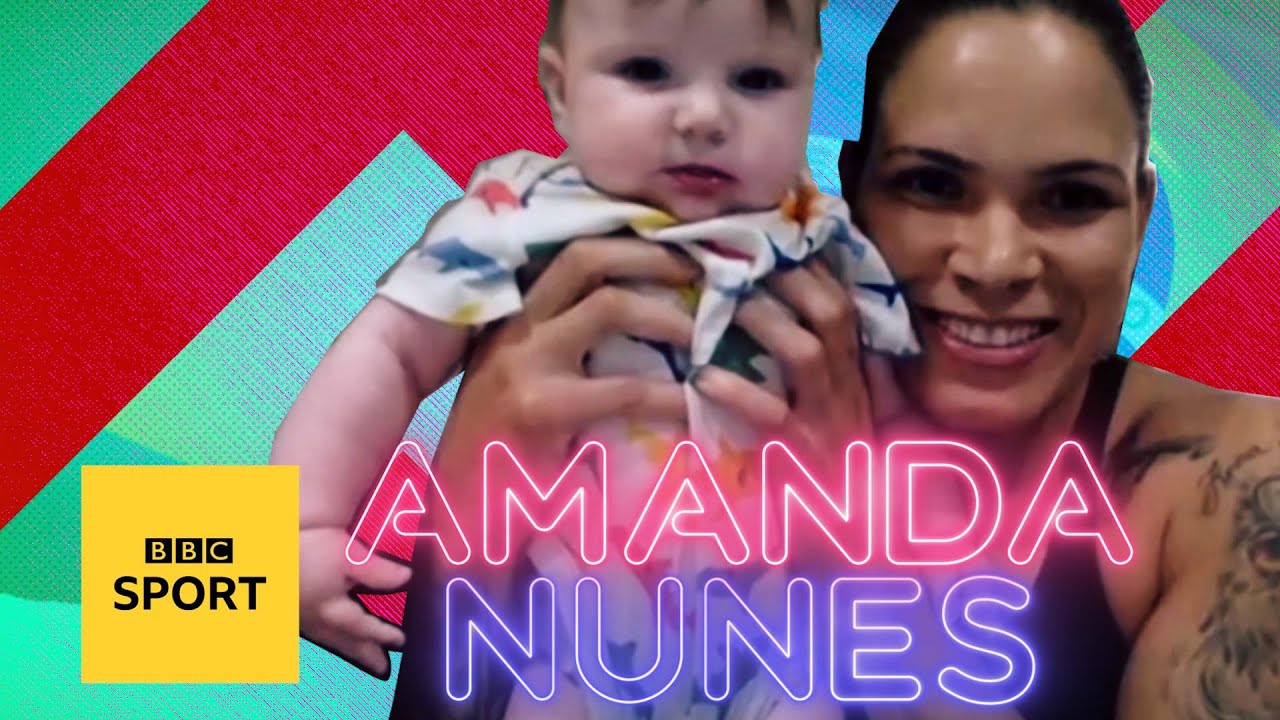 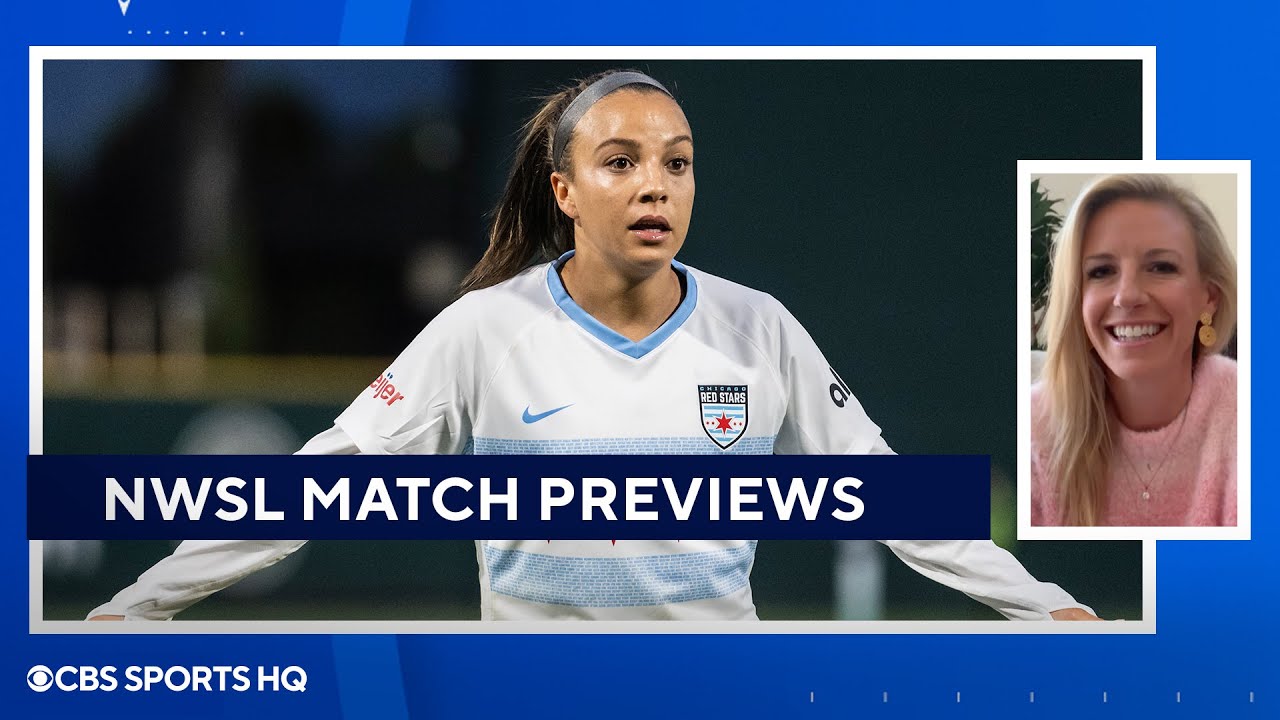 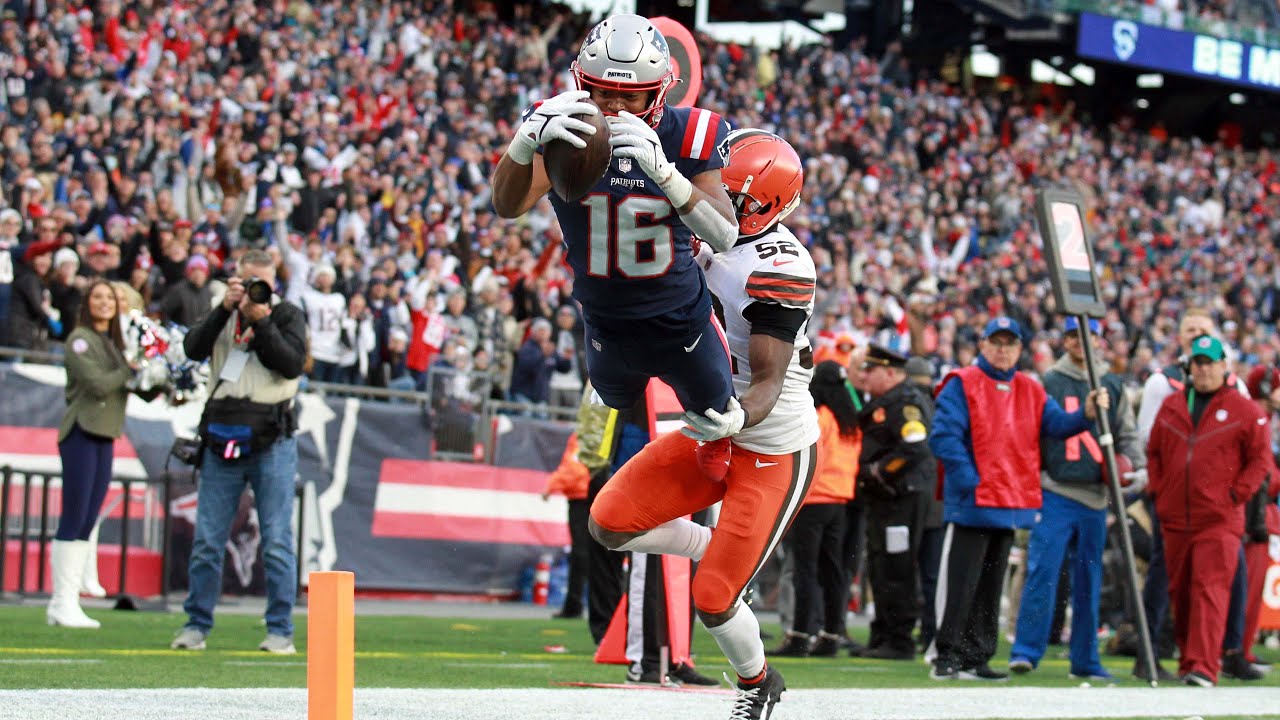