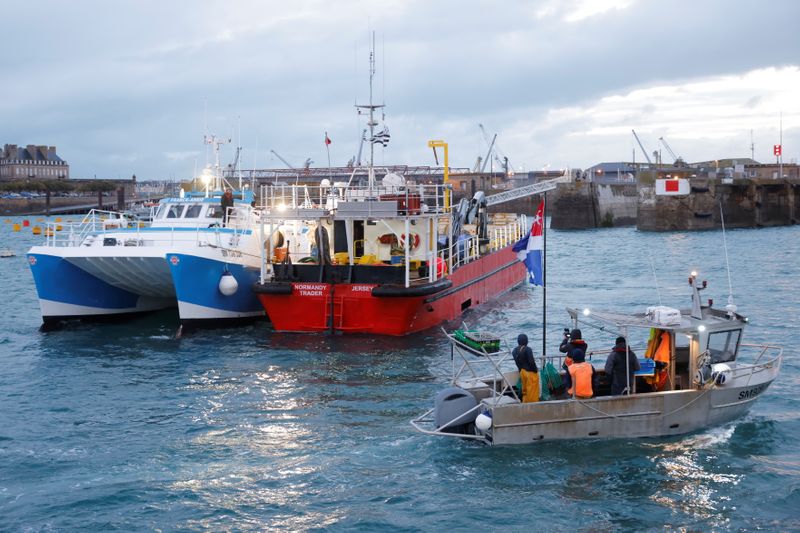 © Reuters. French fishermen block the ‘Normandy Trader’ boat at the entrance of the port of Saint-Malo as they started a day of protests to mark their anger over the issue of post-Brexit fishing licenses, in Saint-Malo, France, November 26, 2021. REUTERS/Stephane Mahe

SAINT-MALO, France (Reuters) -French fishermen blocked a British cargo vessel from docking in a Brittany port on Friday, in protest at what they say are moves by authorities in London and Jersey to withhold licences to fish in British waters under a post-Brexit deal.

The fishermen held aloft red flares as they circled their boats outside Saint-Malo to block the Normandy Trader’s path – a prelude to a planned blockade later on Friday of Calais and the Channel Tunnel, both major transport hubs for trade between Britain and continental Europe.

The one-hour Saint-Malo protest and the larger action further east along France’s coast risk reigniting a dispute between the two countries over a mutual licensing system for fishing vessels.

They are also embroiled in a row over cross-Channel migration.

With Britain’s exit from the European Union, the two sides agreed to set up a licensing system for granting fishing vessels access to each other’s waters

Paris says London and the Channel Island of Jersey, a British crown dependency, are not honouring the agreement and dozens of licenses to operate inside their coastal waters are owed to French fishermen.

Britain says it is respecting the post-Brexit arrangements.

In October, France briefly seized a British scallop dredger off its northern coast for allegedly operating without a legitimate permit, and both countries have this year sent patrol vessels to waters off Jersey.

President Emmanuel Macron has accused Britain of pushing his country’s patience and said the government would not yield in the dispute.

Fishing rights dogged Brexit talks for years, not because of its economic importance but because of its political significance for both Macron and British Prime Minister Boris Johnson.

The meeting had been scheduled amid mutual recriminations over how to curb the flow of migrants after 27 people drowned trying to reach British shores on Wednesday. 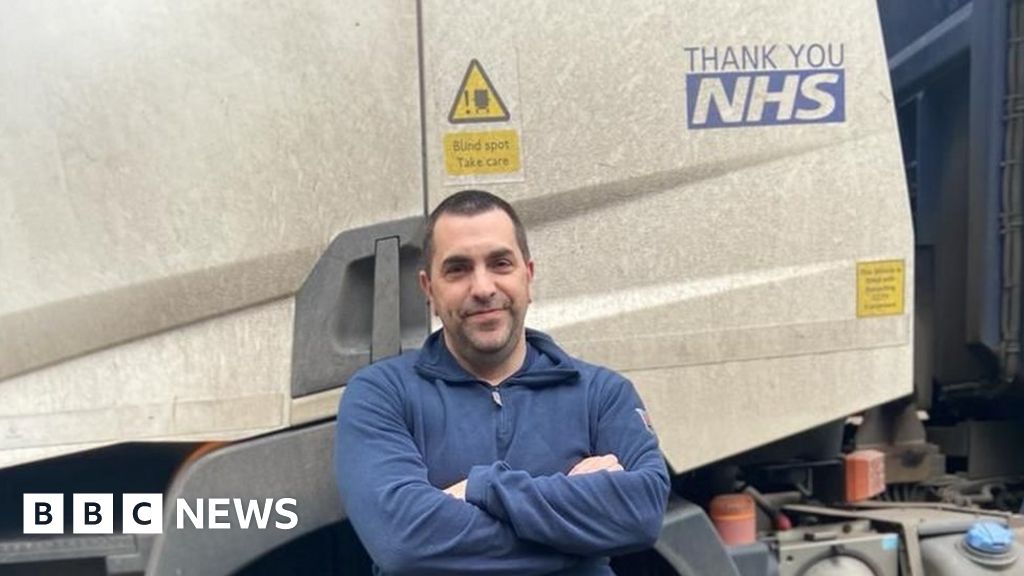 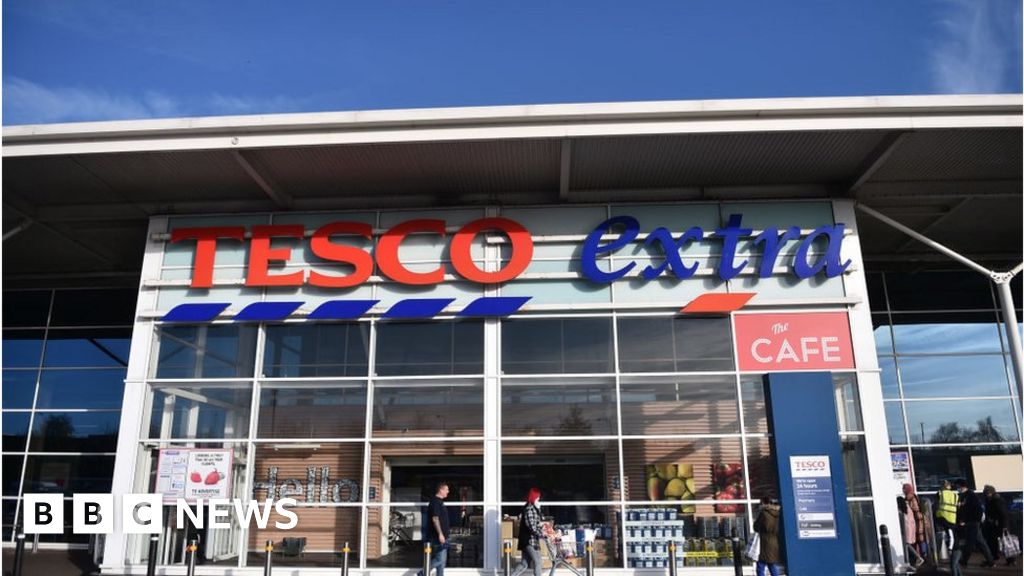