He is Iraq’s new — and old — strongman. Popular Shiite cleric Muqtada al-Sadr and his coalition have again emerged as the strongest political force in the country, according to preliminary election results. And, once again, his share of the vote appears to have increased. However, it is extremely difficult to “congratulate” the politician on his apparent election victory — without expressing deep reservations.

It is not just the fact that rival Shiite forces, who unlike al-Sadr are clearly pro-Iranian, are already accusing the populist politician of rigging the election. It’s easier to level such allegations in Iraq than to investigate them independently. But whatever the truth of the matter, this is certainly souring the political mood and could spark more tensions.

What is particularly grave (and no less worrying) is voter turnout, which has dropped to its lowest levels yet. Al-Sadr — who is not standing for the office of prime minister, but traditionally sees himself as the “kingmaker” — may have triumphed at the ballot box. But only 41% of the Iraqi electorate came to the polls.

Whatever shape the future Iraqi government takes, these conditions severely weaken its democratic legitimation from the get-go. 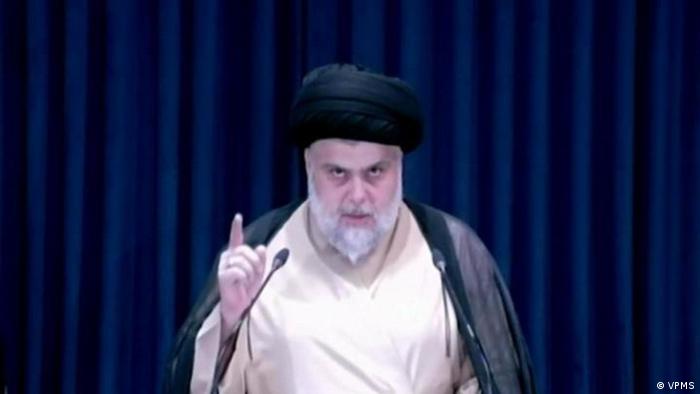 The low turnout is no surprise; it is an expression of the deep-seated frustration shared by many Iraqis.

Al-Sadr’s apparent victory is also a reflection of this frustration. Al-Sadr had styled his campaign as a vote against the political establishment. At first, he had even announced that he would be boycotting the elections, blaming ongoing mismanagement and runaway corruption in Iraq. This echoed the discontent long harbored by the Iraqi population. In fall 2019, this disaffection led many Iraqis, most of them young, to take to the streets. Ultimately, these nationwide protests were violently crushed by Iraqi security forces.

The brutal suppression of the protestsdid not just shatter hopes, at the time, for an end to corruption and its knock-on effects — such as grave deficits in infrastructure and supplies, as well as in environmental protection. It also put a huge damper on hopes for a united Iraq supported by a strong civil society. That was a goal championed by the protest movement, which wanted to see an Iraq whose population could no longer be split down religious or ethnic lines. However, the protest movement was itself divided at these elections.

One group called for a boycott, which contributed to the low turnout. Another fielded its own candidates and managed to at least gain respectable results, while pro-Iranian forces suffered clear losses. It is possible to draw the conclusion that many Iraqis oppose their powerful neighbor Iran having so much influence. But that does not automatically mean that they would like the United States to have more influence. Al-Sadr also officially opposes both powers. 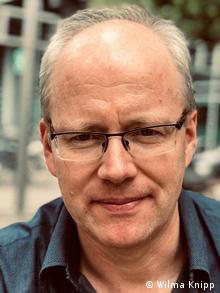 Yet al-Sadr’s apparent victory would seem to confirm fears that Iraq will continue to be organized along religious lines and keep on dividing into political splinter groups — even if al-Sadr might choose to depict himself as a representative of the entire population.

Many of his supporters see him as a politician who takes a stand against the Iraqi establishment and foreign influence — and as a decidedly Shiite authority and leader. That means al-Sadr is not a figure that Sunni or Christian Iraqis can identify with.

Iraq continues to teeter on the brink of ethnic and religious chasms, which dictator Saddam Hussein consciously and ruthlessly used to divide and rule the state. The US was also unable to bridge such yawning divisions after its invasion in 2003. In fact, US policies directed against the previously Sunni-dominated state apparatus achieved the contrary, driving many Sunnis into bitter resistance that also took the form of extremism and terror.

The mutual mistrust has remained — and this election should also be understood as a kind of vote of no-confidence in the entire political system and in the establishment. Evidently, most Iraqis do not believe that the existing elites are capable of solving the country’s manifold problems. More conflict seems inevitable.

This opinion piece was translated from German.