Nearly two weeks after people across the world began asking “Where is Peng Shuai?,” two questionable videos surfaced Saturday on social media of a person who appears to be the Chinese tennis star at a restaurant.

The videos were shared on Twitter by the editor of a state-run newspaper, but the seemingly unnatural conversation in one video and the unclear location and dates of both raised questions about Peng’s safety and whether she was appearing in the videos of her own free will.

Peng, in a social media post this month, accused a former top government official of sexually assaulting her. After the allegation, the Chinese government removed almost all references of Peng on social media within the country, and Peng disappeared from public life. Her absence prompted outrage across the world, especially from top officials and stars in tennis.

Steve Simon, the chief executive of the WTA, the women’s professional tennis tour, has particularly been strident, demanding verifiable proof that Peng is safe and can move about society as she pleases and that officials fully investigate her allegations. If that does not occur, Simon said the WTA would stop playing tennis tournaments in China.

On Saturday, after the videos surfaced, Simon continued to express frustration with the inability to independently verify Peng’s well-being and said that the organization’s “relationship with China is at a crossroads.”

“While it is positive to see her, it remains unclear if she is free and able to make decisions and take actions on her own, without coercion or external interference,” he said. “This video alone is insufficient.”

Peng, 35, is the only Chinese tennis player to have attained a world No. 1 ranking, in women’s doubles, and she was once heralded by the Chinese government as a model athlete.

The video clips were posted on the Twitter account of Hu Xijin, the chief editor of The Global Times, an influential Communist Party newspaper, who described them as showing Peng having dinner with her coach and friends on Saturday.

He wrote that he had “acquired” the clips but offered no explanation of how, and the clips appeared staged to establish the date.In the first clip, the man said to be Peng’s coach is discussing plans with her and asks, “Isn’t tomorrow Nov. 20?” A woman sitting next to Peng corrects him and says it will be Nov. 21. He then repeats the date twice.

In the second clip, a woman wearing a mask, presumably Peng, is shown walking into a restaurant. The camera pauses on a sign indicating the date of the last cleaning, a common sight in Chinese buildings since the SARS epidemic. But only the month, November, is visible; the date appears to be obscured.

On Friday, a journalist for another Chinese media entity released pictures said to be of Peng in what appeared to be a bedroom, surrounded by stuffed animals. In those photos, Peng appeared younger than she did in more recent images of her and there was nothing to verify when they had been taken.

Also on Friday, Simon wrote to China’s ambassador to the United States to reiterate his complaints and his threat to remove the nine tournaments the WTA holds in China, including the prestigious WTA Finals in Shenzhen. All of the tournaments in China this year were canceled because of the coronavirus pandemic. The WTA Finals were completed on Wednesday in Guadalajara, Mexico.

If Peng is not able to speak freely, Simon wrote, “we have grave concerns that any of our players will be safe in China.”

The men’s tennis tour has voiced its concern but has yet to threaten to pull its tournaments from China.

The controversy surrounding Peng comes a little more than two months before the start of the Winter Olympics in Beijing, raising the specter of one of the world’s largest sporting events taking place in a country where a three-time Olympian tennis star is missing.

The International Olympic Committee has said that it believes “quiet diplomacy” will provide the best chance for resolving the situation. On Friday, Dick Pound, an I.O.C. member, told Reuters that if the situation with Peng is “not resolved in a sensible way very soon, it may spin out of control.” He added: “Whether that escalates to a cessation of the Olympic Games, I doubt it. But you never know.”

Simon has spent more than a week trying to establish personal contact with Peng through a series of phone numbers and other digital contacts but has not been able to speak with her.

The videos on Saturday were the latest media released by a Chinese-controlled entity trying to establish Peng’s safety. Earlier this week, China’s state-owned broadcaster released a message supposedly from her.

“Hello everyone this is Peng Shuai,” it read. It called the accusation of sexual assault, which was made just weeks ago, untrue. “I’m not missing, nor am I unsafe,” the message said. “I’ve been resting at home and everything is fine. Thank you again for caring about me.”

Simon quickly denounced the release of the message.

“I have a hard time believing that Peng Shuai actually wrote the email we received or believes what is being attributed to her,” he said.

Peng has accused Zhang Gaoli, 75, a former vice premier of China, of sexually assaulting her at his home three years ago. In a post on her verified account on Weibo, China’s version of Twitter, Peng wrote that the assault occurred after Zhang invited her to play tennis at his home. “I was so scared that afternoon,” she said. “I never gave consent, crying the entire time.”

She also described having had an on-and-off consensual relationship with Zhang.

Jen Psaki, the White House press secretary, said on Friday that the Biden administration was paying close attention to the situation and was “deeply concerned.” She called on the Chinese government to provide “independent, verifiable proof” of Peng’s whereabouts.

In recent days, several notable names in tennis have joined the chorus of demanding proof that Peng is safe.

“We need to see her in a live video holding up a newspaper from today or better yet, hitting balls,” Patrick McEnroe, the former player and ESPN commentator, said in an interview on Friday. McEnroe coached Peng earlier in her career in World Team Tennis.

“If none of that happens, and people I talk to say if the Chinese really don’t care about what we think, and we never hear from Peng or have a clue, the only real recourse left is for professional tennis to pull all its tournaments from China,” he said.

Serena Williams, Naomi Osaka, Simona Halep and Coco Gauff are among the current women’s players who have posted on social media about their concern for Peng. Novak Djokovic shared a statement from the Professional Tennis Players Association, of which he is a co-founder.

Martina Navratilova, the former champion who defected from Czechoslovakia in 1975 to escape the communist government, is also speaking out about Peng.

“I don’t believe a word they are saying,” Navratilova said of the Chinese government in an interview on Saturday. “There is a lot of subterfuge going on here.” 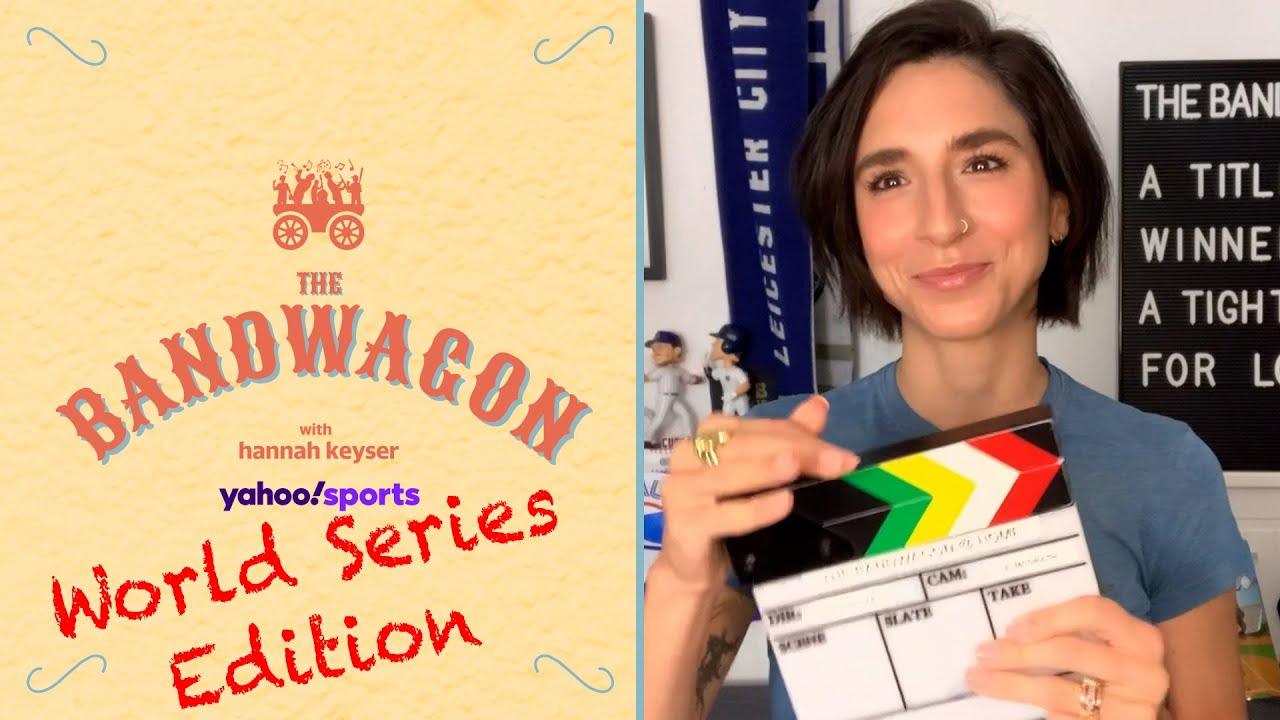 World Series rooting guide for literally everyone | The Bandwagon 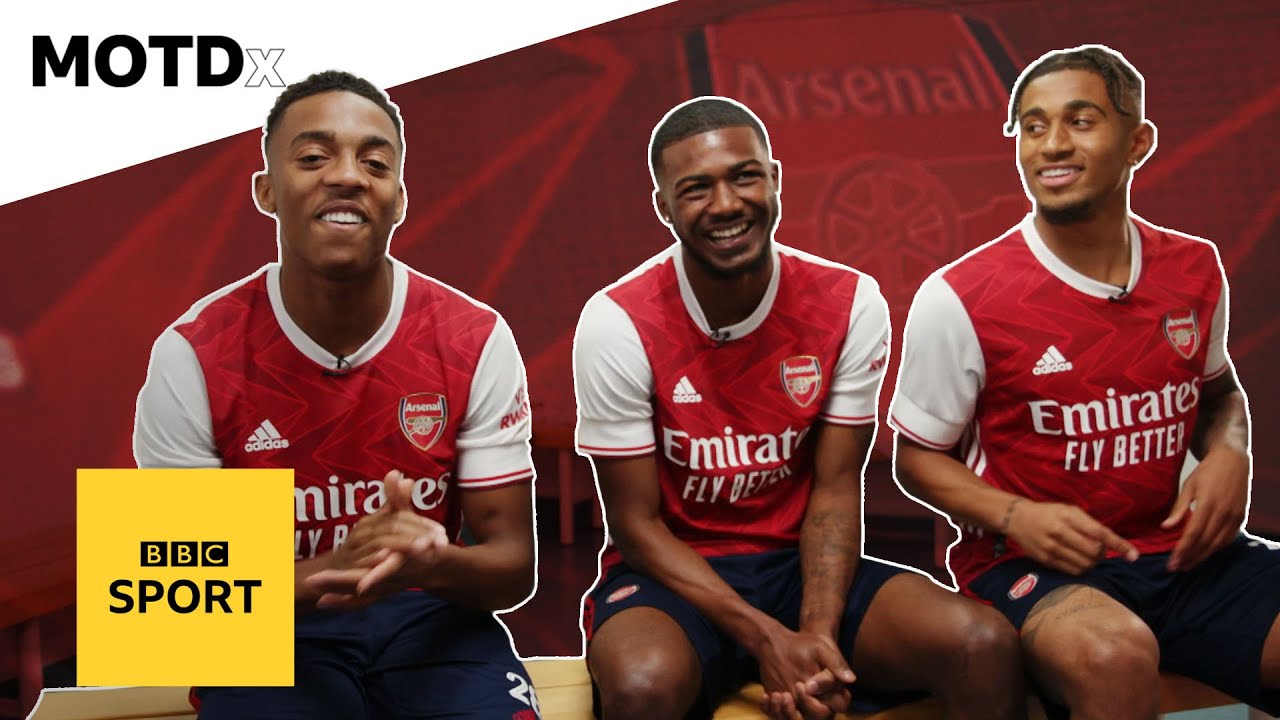 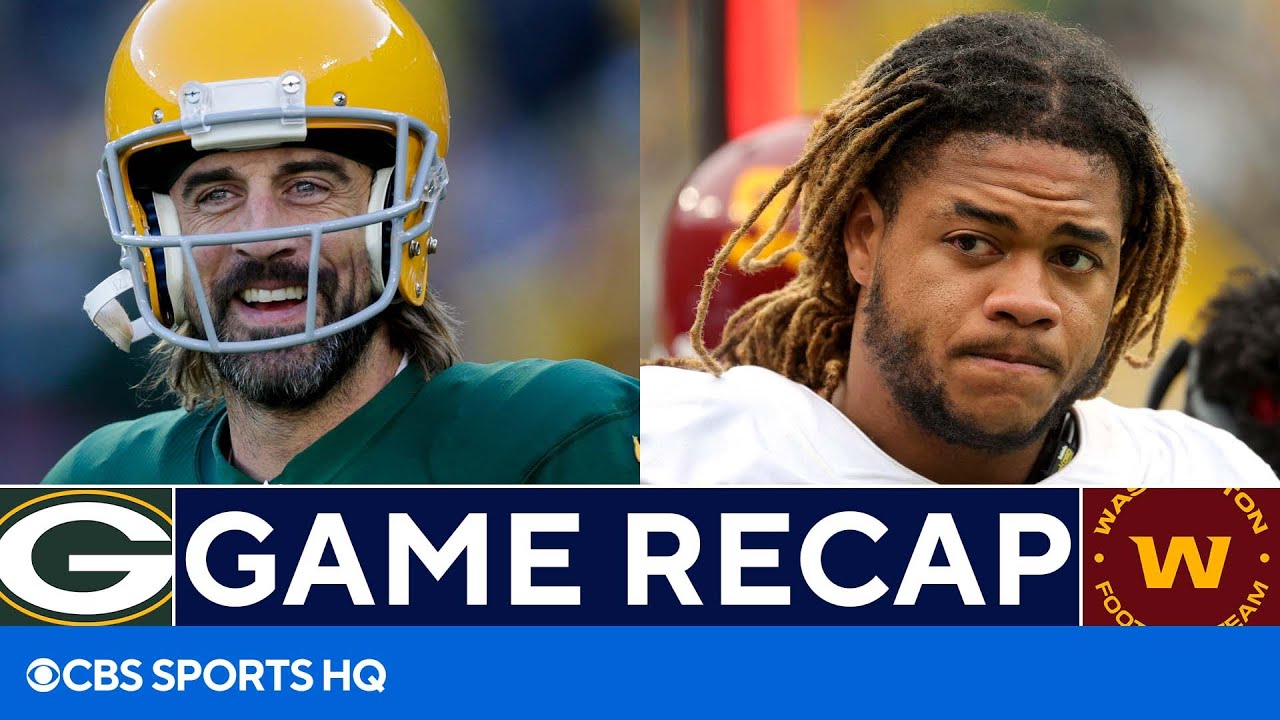 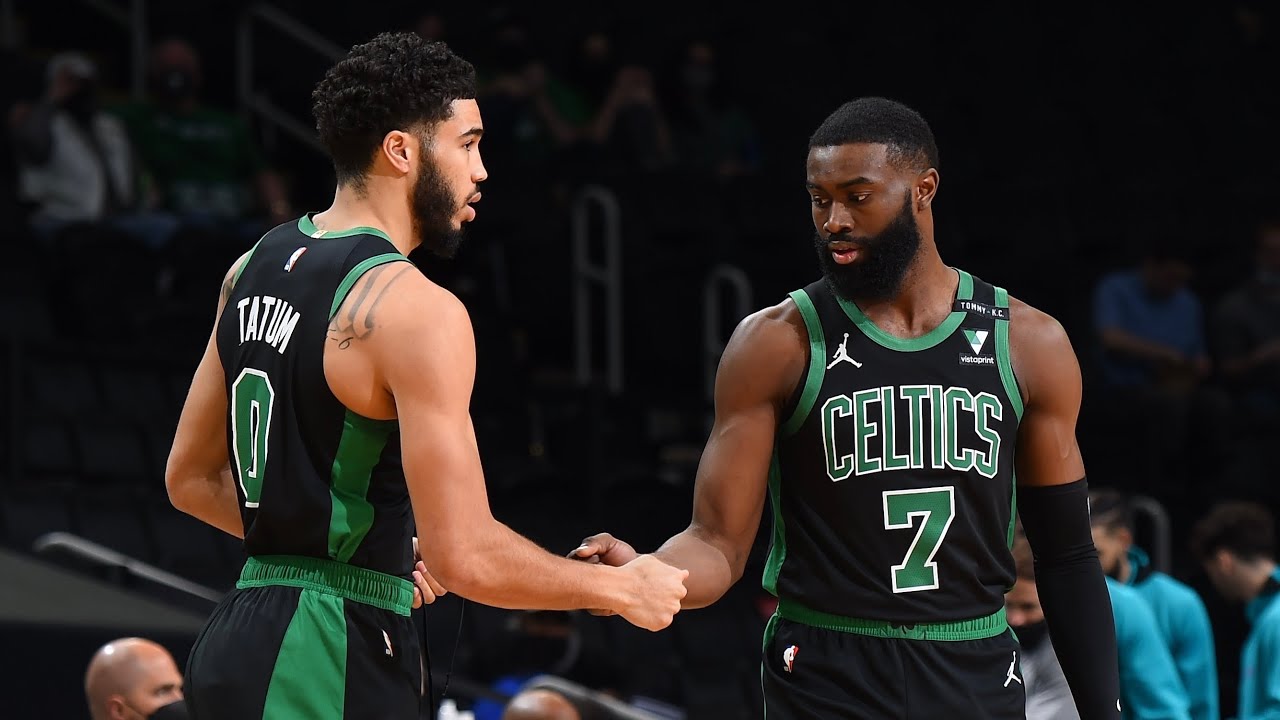 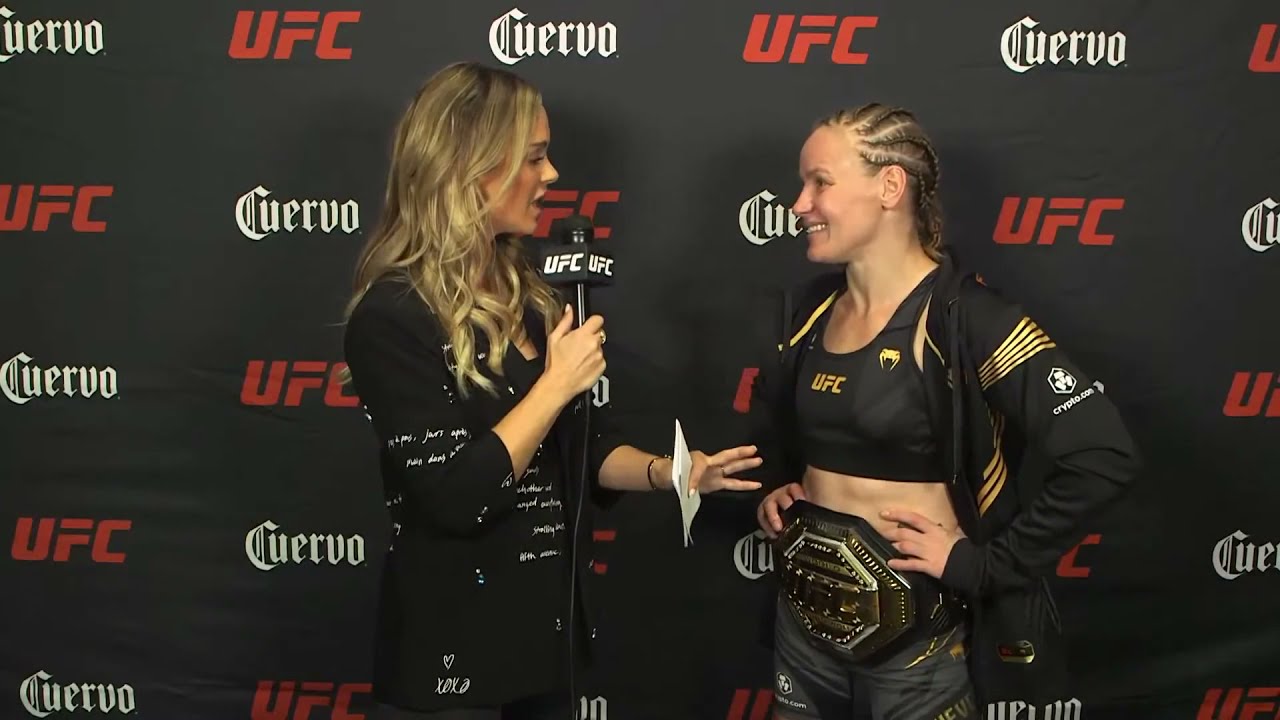