This is a column by Morgan Campbell, who writes opinion for CBC Sports. For more information about CBC’s Opinion section, please see the FAQ.

We don’t know if LeBron James can fight, and that’s not an accident.

Among civilians, his size acts as a deterrent. You might know somebody willing to trade punches with somebody who stands six feet eight inches, weighs 265 chiseled pounds, and reportedly spends seven figures every year keeping himself fit, but none of my friends are that brave. I know I’m not.

And among his similarly big and athletic NBA peers, James’ status insulates him from whatever fisticuffs might erupt. At nearly 37, James might no longer be the league’s undisputed best player, but on most nights he’s still top three, and is still the NBA’s single biggest star. Swing at somebody of his stature and he might not even need to punch back. The heaviest counterpunch might come from the league, which needs its headliners on the court making plays, and not in the locker room getting stitched up.

So credit Isaiah Stewart of the Detroit Pistons for going to extreme lengths on Sunday night to test whether James is as skilled with his fists as he is with a basketball. While the two men jostled for position under the basket, James caught Stewart across the eyebrow with a back-handed hammer-fist that was maybe an accident, and maybe intentional. Either way, it opened the kind of gaping, blood-spilling cut rarely seen outside a boxing ring.

The Lakers and Pistons had to be separated multiple times after this play between LeBron and Isaiah Stewart. <a href=”https://t.co/im0o7fXeoI”>pic.twitter.com/im0o7fXeoI</a>

His teammates had to physically stop him from taking a swipe at James, dragging him to the other end of the court. And when the 20-year-old power forward convinced them he had calmed down, he charged again, the pursuit of his superstar rival bogging down in a thicket of bodies.

A handful of seconds, two suspensions; one game for James and two for Stewart. A million memes, and a wave of speculation about who would win an actual fight. In other words, in almost, but not actually, coming to blows Sunday night, James and Stewart provided the perfect flare-up for this moment in sports and social media history.

Of course, I don’t condone outside-the-rules violence. In combat sports, fighting is the point; fights in other sports are reckless, and rarely settle the conflict that spawned them.

And yes, I recognize the worst-case scenarios that could have cascaded if Stewart had cold-cocked James at Little Caesars Arena. We’re all aware of Kermit Washington ending Rudy Tomjanovich’s career with a right hand to the face, and how the Malice at the Palace in 2004 changed the relationship between fans and players forever.

So if we’re talking James, Stewart and the fistfight they nearly had, we should acknowledge how ugly this all could have become. This is a Very. Serious. Matter.

But none of the worst stuff happened, and nobody was going to let it happen because unlike most other sports fights, it involved LeBron James, and, unlike the Malice at the Palace, it didn’t involve spectators. Stewart likely needed stitches and a productive way to vent his justified anger, but none of the near-combatants suffered serious damage, so let’s appreciate what actually happened.

We could, for example, marvel at how a physical confrontation that featured just one (1) landed blow, which might have been inadvertent, has commanded so much attention and launched so many social media posts.

Granted, that one blow came from LeBron James, who stars in commercials for Tonal, a wall-mounted strength training machine, and looks strong enough to rip the entire apparatus from its moorings. This isn’t a regular person hitting you. If you’re still standing after LeBron smacks you, even by accident, you’ll be mad enough to fight.

And Stewart clearly was. Even more so when he noticed all that blood — his blood.

WATCH | Kanter calls out James for being hypocritical about social activism:

Is Enes Kanter wrong for calling out LeBron James? | Bring It In

Enes Kanter took to Twitter to accuse LeBron James of being hypocritical in regard to his social activism, specifically targeting him for his work with Nike who uses child labour to manufacture their products in China. Host Morgan Campbell is joined by panellists Meghan McPeak and Dave Zirin to discuss whether his criticisms are fair or not. 12:40

Here, most folks would have remembered it was James who hit them, and either walked away angry, or thanked James for not doing more damage. Not Stewart, who, apparently, was an amateur boxer growing up in Rochester, N.Y. He likely hadn’t hit a live target in a while, but he would know what to do if James came within range.

Which is why the betting lines emerging the next morning — James heavily favoured, according to the online sportsbook Bovada — made so little sense. The existence of the lines were perfectly logical though. We’re living through an unprecedented overlap between nonsense boxing matches among non-fighters, and widespread legal gambling. Somebody was going to bet on this fantasy fight, hoping it would move beyond hypothetical.

But James the favourite? Against a guy who has actually boxed? And who really wants this fight?

James and Stewart won’t fight, though, so exhale. Relax and be happy with the highlights they’ve already given us.

Like James’ plausible deniability act after he (possibly accidentally) smashed Stewart’s face. Spreading his arms and looking around incredulously as Stewart hit the floor, a gesture we all understand to mean, “I didn’t do it.” When Stewart rose and James tried to approach him, you couldn’t tell if the Lakers star was concerned, or trolling, or concern-trolling.

Or Stewart’s baseline-to-midcourt sprint, hoping to get to James. Piston’s rookie Cade Cunningham tried to stop Stewart’s charge. Stewart treated him like Marshawn Lynch did Tracy Porter in the 2010 playoffs, but couldn’t penetrate every layer of protection encircling James.

Or the meme-able moment when the Lakers’ Russell Westbrook positioned himself between James and Stewart, feet spread and fists raised. Not in the educated boxing pose Stewart might have struck, but in an exaggerated fighting stance Twitter users have compared to The Three Stooges, and the Notre Dame Fighting Irish logo.

A long list of people felt ready to sacrifice their bodies to protect James.

Everybody, it seemed, except my favourite character in the drama — the police officer who stood in the Pistons’ end of the court, raised a hand half way as Stewart ran toward James, then watched the Pistons’ player breeze past. Sports people like to call moves like that a “business decision.” The cop calculated the physical cost of trying to stop Stewart, and figured whatever they were paying him didn’t justify the risk.

But he also, unlike celebrities who want to fight, showed fine-tuned self-awareness. To the extent that courtside security jobs involve chasing people — those people are typically drunk, slow and small. Isaiah Stewart was none of those things, and the police officer decided, wisely, to leave the chasing and tackling to the only people present physically suited to tackling pro athletes.

And so he handled Stewart the way we should treat any temptation to get him into the ring with James, or to feel outrage, or read deeper meaning into an on-court fight that almost happened.

He let it pass. 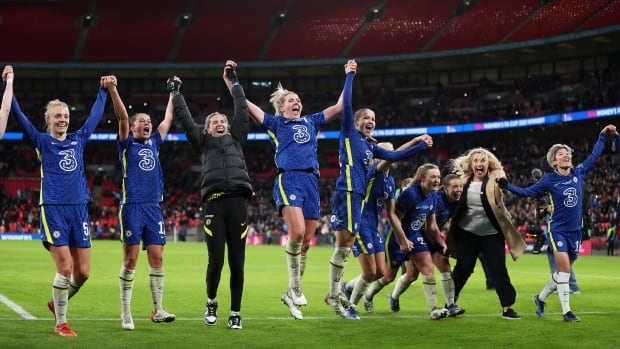 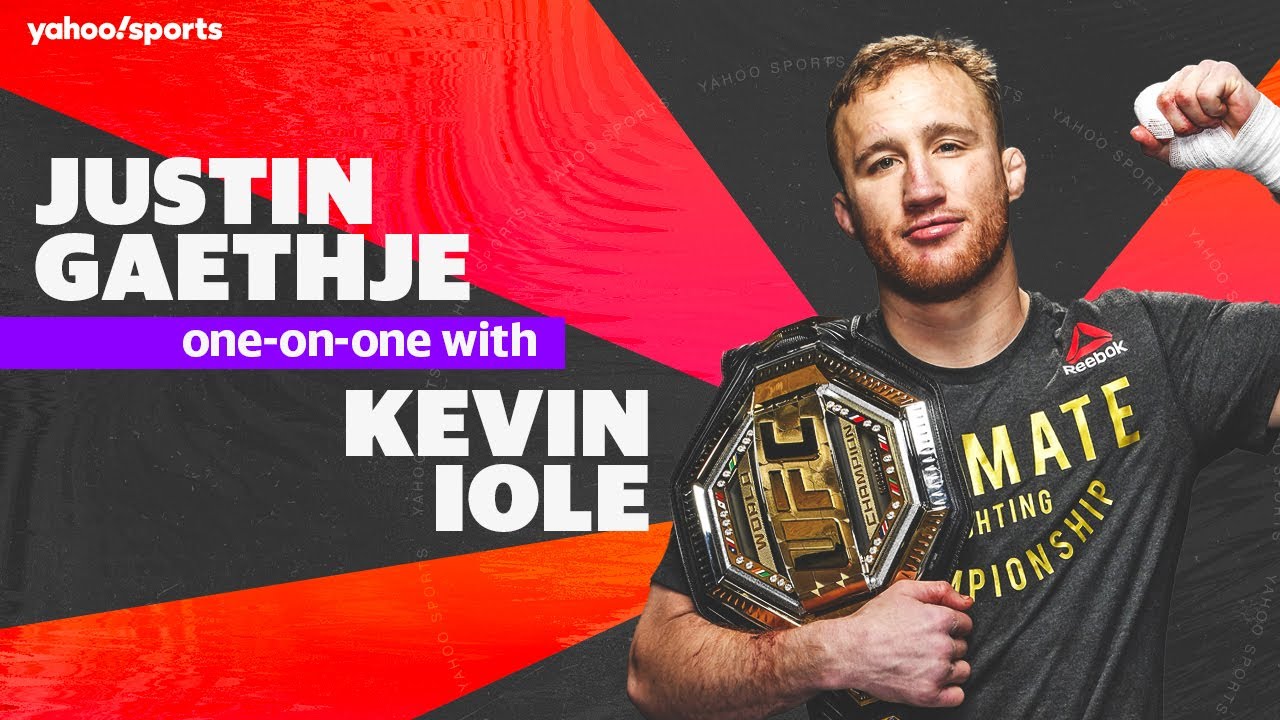 Justin Gaethje previews Khabib bout at UFC 254, opens up on what he learned vs. Tony Ferguson 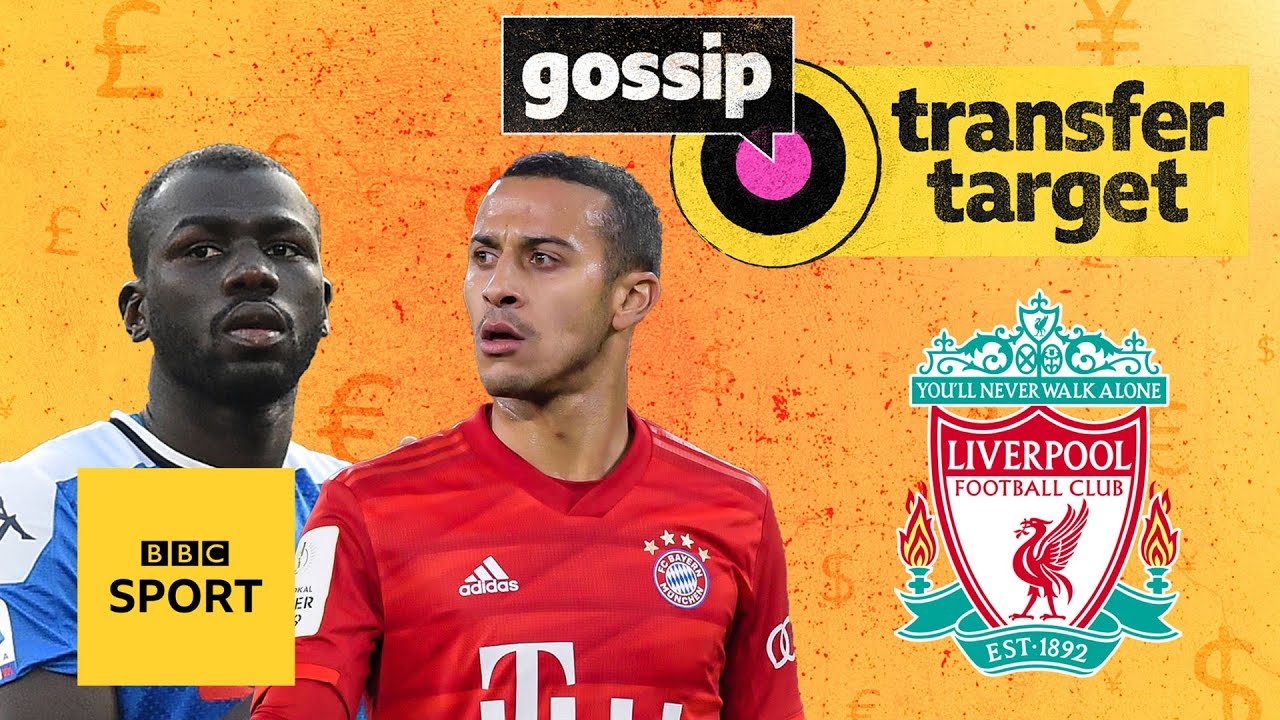 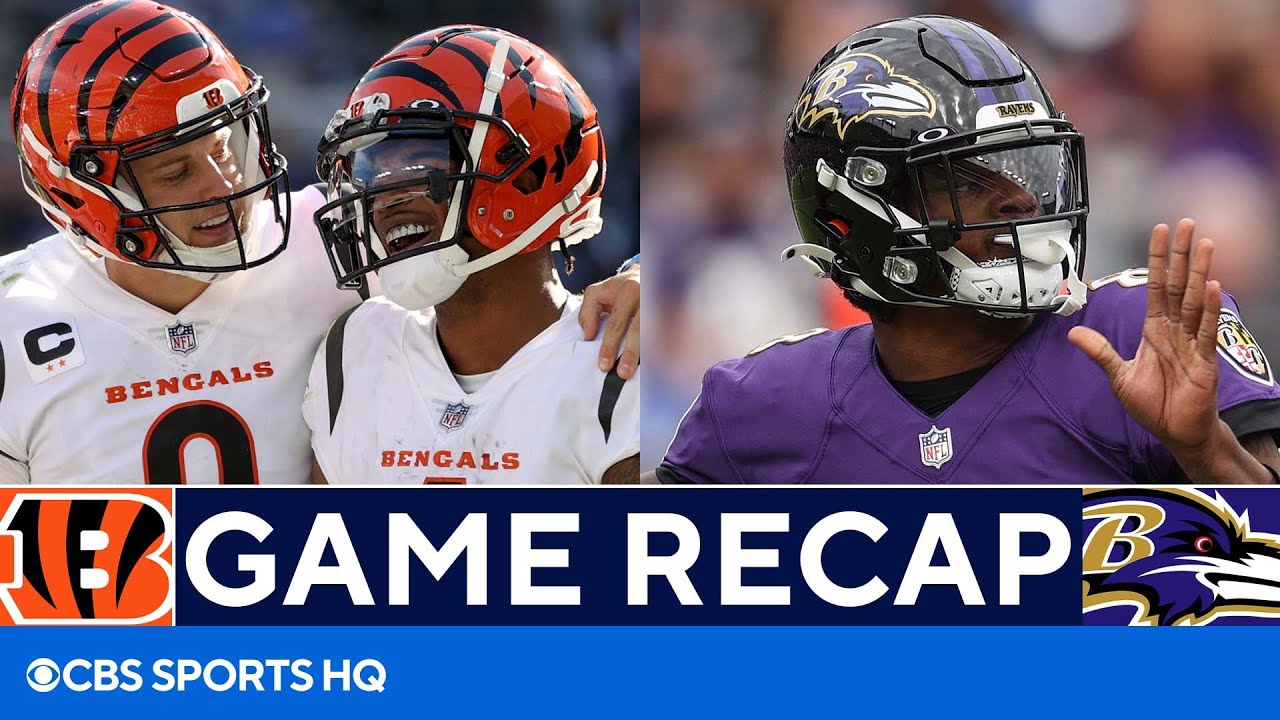 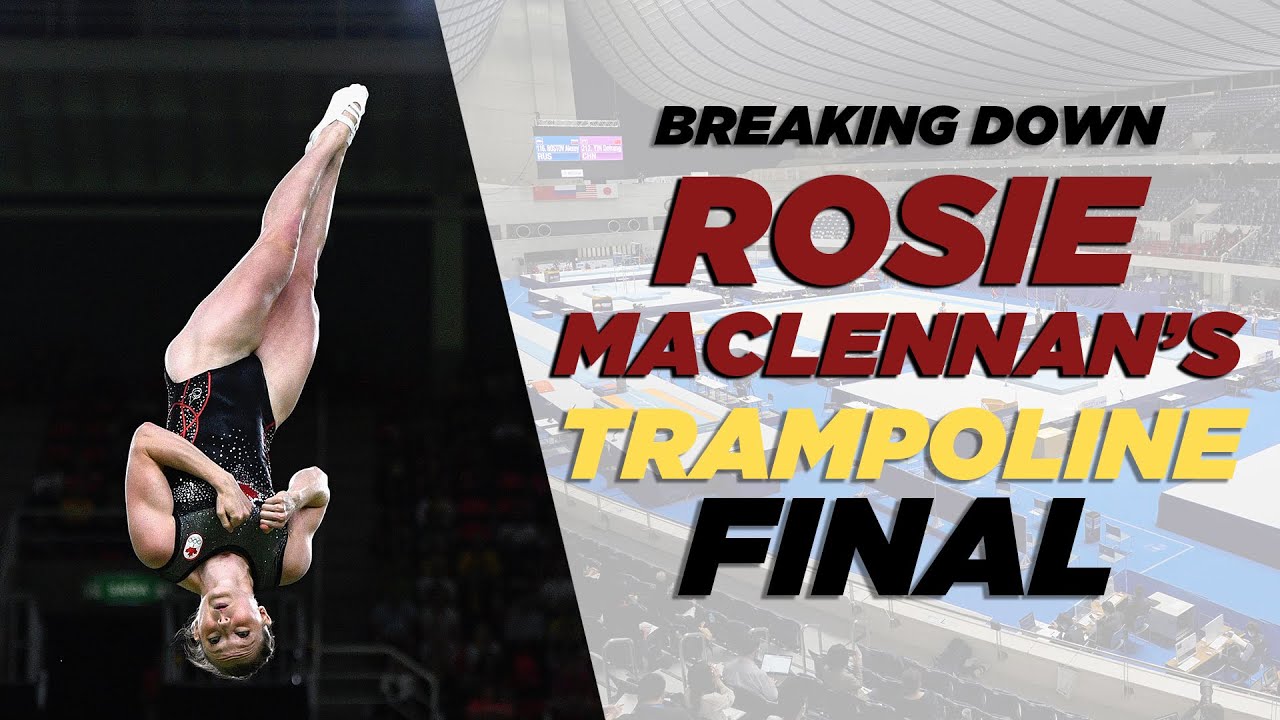 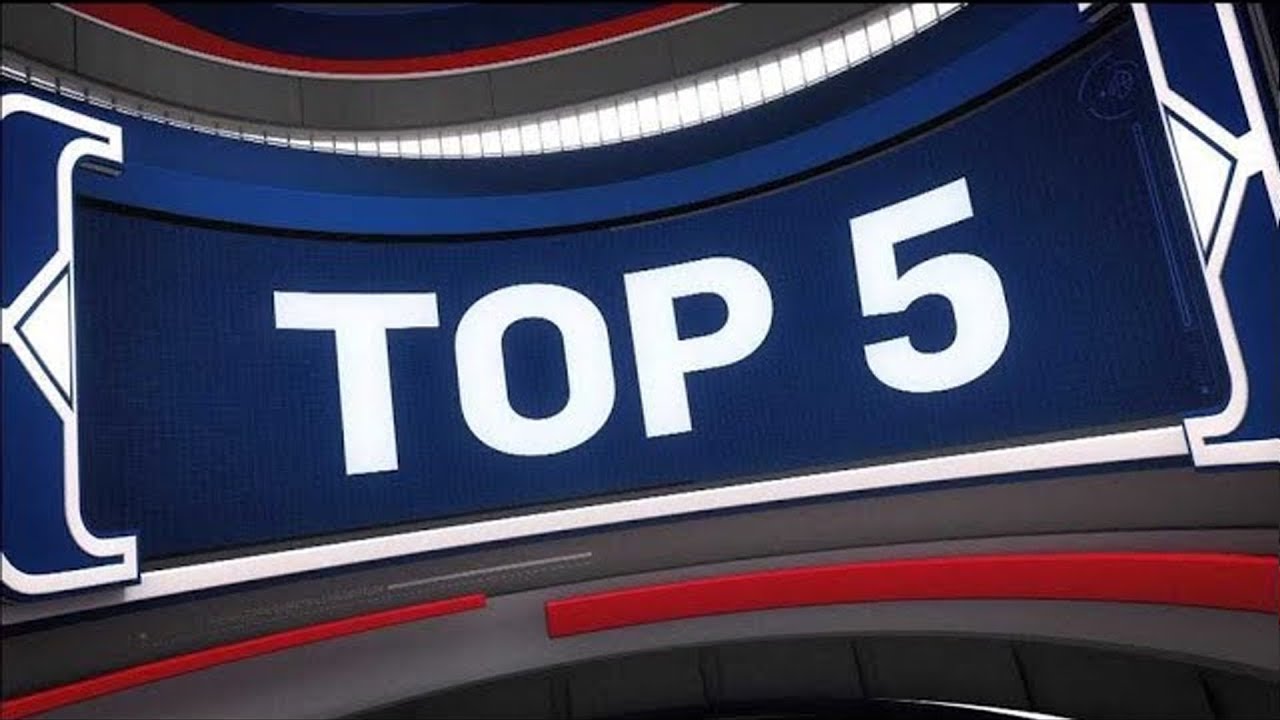