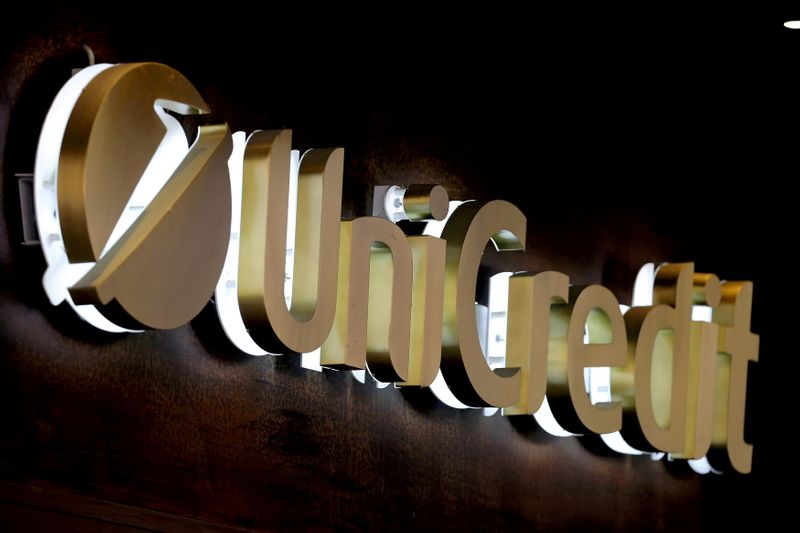 MILAN (Reuters) – UniCredit raised its 2021 profit and revenue goals on Thursday, strengthening the hand of its new CEO after he walked out of talks to buy troubled rival Monte dei Paschi (MPS).

Italy’s only bank that regulators deem of global systemic relevance, UniCredit last year lost its domestic leadership to Intesa Sanpaolo (OTC:), which snapped up rival UBI to secure a fifth of the market – twice the share of UniCredit.

The arrival of Andrea Orcel, UBS’ former investment banking chief, at the helm of UniCredit in April has stoked expectations he will use his dealmaking skills to expand the bank.

But Orcel said he saw more value in internal growth, though it remained “his duty” to pursue deals if terms were right – as he sought to do with MPS.

“If a deal could be executed quickly … it could fit in our agenda. That window has closed for us … I know windows close and open but for the time being it has closed,” he added.

“Timing is everything at times. And I’d say we have recovered our total focus on our standalone strategy.”

Orcel will present a new three-year plan for UniCredit on Dec. 9, with significant investments in digital areas, whose cost the CEO said he was trying to offset through other cuts.

Orcel acknowledged UniCredit’s “natural” footprint in several markets was higher than what it currently had, following a restructuring under predecessor Jean Pierre Mustier.

However, he added, “UniCredit is demonstrating … it can grow profitably in Italy.”

The bank posted a third-quarter net profit of 1.06 billion euros ($1.2 billion), above analysts’ average forecast of 838 million euros, thanks to shrinking loan losses and rising revenues.

“Do we need M&A? … We do not,” Orcel told analysts, adding he would only consider it if it “strengthened the franchise and created even more value for investors.”

In entering exclusive talks over MPS in July, Orcel set strict terms, including a 10% lift to earnings per share. Talks collapsed when the parties could not agree on the bits of MPS that UniCredit would buy and their value – with sources pointing to a valuation gap of up to 3.5 billion euros.

Orcel said he did not believe in tie-ups between banks and insurers, indirectly addressing market speculation about a potential deal with Generali (MI:).

He also dismissed the importance of existing tax breaks for mergers, which analysts have described as an incentive for a possible merger between UniCredit and Banco BPM.

‘START OF OUR JOURNEY’

UniCredit’s revenues totalled 4.44 billion euros in July-September, a surprise 1.9% annual rise and also unexpectedly up 0.8% on the previous quarter, when easing COVID-19 restrictions had driven an exceptional rebound in fees.

While down from the previous quarter, fees rose 12.5% year-on-year, helped by accelerating payment and card services over the summer.

“This is phenomenal progress in our performance, but we are only at the start of our journey,” Orcel said.

After Mustier sold the crown jewels to raise cash to fix its balance sheet, UniCredit has suffered more than Intesa due to negative rates because it lacks the rival’s fee-earning businesses like asset management and insurance.

Orcel said he did not believe in full ownership of such businesses for UniCredit, though he was “very, very focused on improving our fee income generation.”

Orcel is reviewing UniCredit’s partnerships, which include a 10-year accord with France’s Amundi, Credit Agricole (OTC:)’s asset manager which in 2017 bought UniCredit’s Pioneer unit.

UniCredit raised its 2021 underlying net profit projection above 3.7 billion euros, versus a previous forecast of more than 3 billion, on revenues of around 17.5 billion euros, from around 17.1 billion three months ago.

It also further reduced its forecast for loan losses this year after provisions in the quarter fell a larger-than-expected 60% from a year earlier to 297 million euros.

UniCredit had made hefty provisions against future pandemic-driven credit losses under Mustier, who was ousted after clashing with the board over strategy.

Italy in talks with EU to delay MPS privatisation beyond 2023