Skip to content
Home News Why are some Indian states facing power shortages? | Asia | An in-depth look at news from across the continent | DW


India has been facing an acute shortage of coal supplies over the past few weeks, with many warning that this could lead to a severe energy crunch and power blackouts across the country.

Coal-fired power stations in the South Asian nation had an average of four days’ stock at the end of September, the lowest in years. Coal accounts for nearly 70% of India’s electricity generation and around three-quarters of the fossil fuel is mined domestically.

The next few weeks, or even months, could see severe disruptions of power supply all over the country.

The chief minister of Andhra Pradesh state, Y. S. Jagan Mohan Reddy, wrote to Prime Minister Narendra Modi to complain about the rising prices on power exchanges, which he said had trebled, to 15 rupees (€0.17, $0.20) per unit of power from mid-September to October 8.

The chief minister of the capital, New Delhi, warned on Saturday of a power crisis because of the coal shortage.

Some northern Indian states, including Bihar, Rajasthan and Jharkhand, have already been forced to undertake power cuts for up to 14 hours a day. 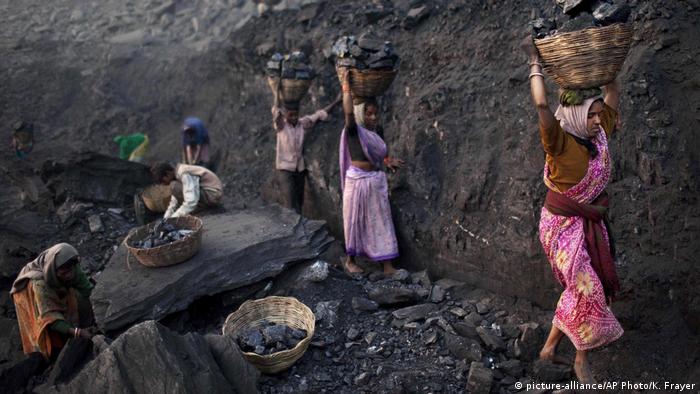 India is the world’s second-largest coal producer, with the fourth-largest reserves

India’s federal government, however, has downplayed concerns, insisting that sufficient quantities of coal are available to meet the needs of power plants.

“There is no shortage in the daily supply of coal to states and power companies, and it is maintaining its stock of five days. In a month’s time, the situation will be back to normal,” a senior government official who asked not to be named told DW.

Coal Minister Pralhad Joshi said recently that state-run Coal India, which supplies 80% of the nation’s coal needs, has 22 days’ worth of coal and stressed that the government was increasing supplies.

Despite the reassurances, the situation remains serious, observers say. They argue that a combination of factors has resulted in this sharp demand-supply disparity in Asia’s third-largest economy.

India is the world’s second-largest coal producer, with the fourth-largest reserves.

But, as the nation’s economy rebounds following a devastating coronavirus wave, power demand has surged rapidly. The country is largely dependent on its 135 major coal-fired power plants for electricity generation. But the soaring electricity demand has meant that Coal India’s supplies are no longer sufficient. 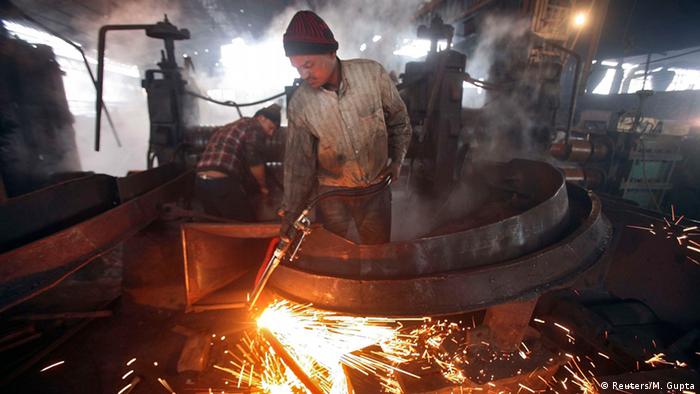 “With the monsoon season stretching out this year, there has been a considerable delay in coal supplies returning to normal levels. Economic activity was impacted during the second wave of the pandemic earlier this year — hence, coal stocks were not accumulated to the level required,” Samrat Sengupta, of the Centre for Science and Environment, a New Delhi-based think tank, told DW.

The shortages have led to a sharp rise in prices for coal buyers, including power stations, with prices in India jumping by as much as 300% since January.

“What’s more, there has also been a sharp increase in the price of imported coal, owing to a rise in global demand. China is also grappling with an energy crunch,” Sengupta said.

At the same time, international coal prices have soared to a record peak because of the supply-demand mismatchcaused by soaring demand from not just India, but also China and other countries.

In a move that could push up the already high global prices, India’s government has asked power producers to import up to 10% of their coal needs and has warned states that their power supplies would be curbed if they were found selling electricity on power exchanges to cash in on surging prices.

Anne Josey of the Pune-based Prayas (Energy Group), a research organization working on energy policy, blames poor planning on the part of the government for the problem.

“The working-capital crunch faced by power-generating companies, especially state-owned firms, which are seldom paid on time by cash-strapped distribution companies, has also contributed to this crisis,” Josey told DW.

“Instead of investing money to boost coal production, much of Coal India’s surplus cash reserves went to the government to meet the growing fiscal deficit,” Venu told DW.

“The Modi government needs to explain how this underinvestment happened, contrary to policy objectives,” Venu said.

“Even the private sector delayed coal production as the government also took its eye off the ball and did not give follow-up clearances for exploiting new coal blocks,” Venu added. “Thus, the Modi government has created a new mess in the coal sector, and by extension, in the supply of thermal power.”

The rising energy prices now pose a major risk to economic recovery in India, where consumers will soon likely have to pay a higher price for expensive electricity.

Nevertheless, the crisis also offers an opportunity, Sengupta said, noting that it has highlighted the country’s need to develop more renewable energy sources, given that power demand is likely to continue increasing.

“This well could be a turning point and a time to renew efforts for clean energy and not give in to the fossil fuel lobby further,” Sengupta said.